Buying a home in the near future?
Get a lower mortgage rate 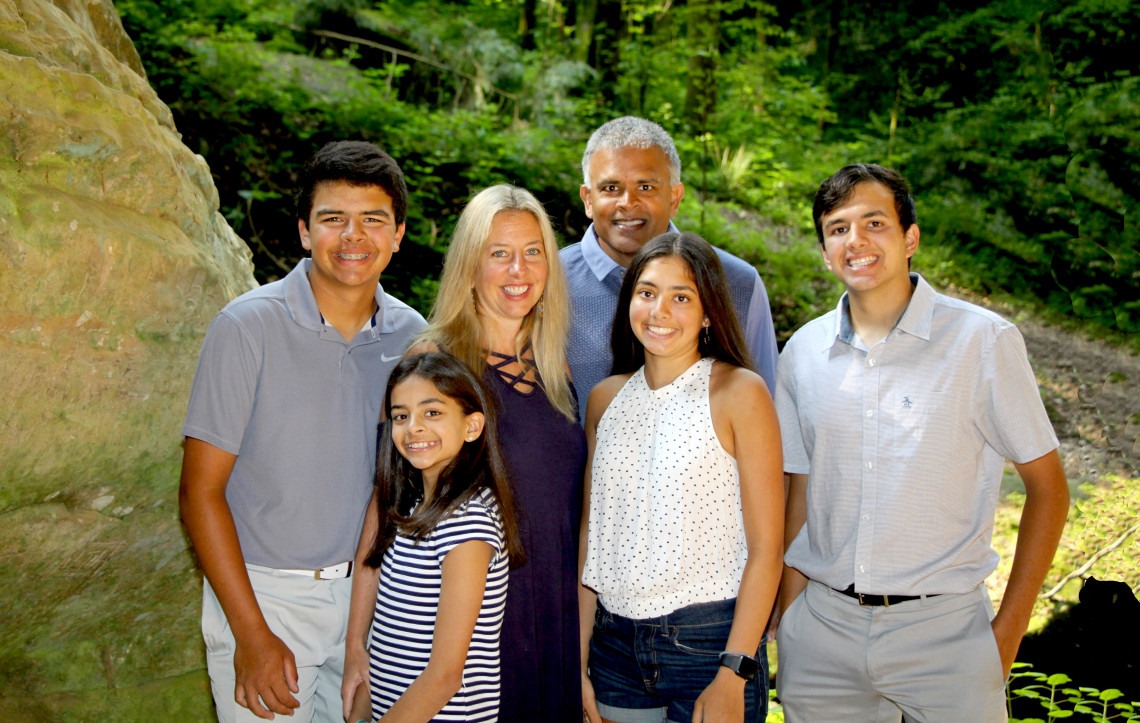 How it started, how it's going.

Our relationship with the Bishers began with the sale of a homesite and carries on to this day with a lasting relationship that spans community, church, and properties of just about every kind. When you find a team you can trust, you reach out to them time and again as your life changes and your family grows. Jigar and Kim Kadakia met the Bishers in 2004 when they were living in the Columbia-Tusculum neighborhood. They were expecting for the first time, twins, and had purchased a homesite on the West Side of town with plans to build a home for their growing family. Shortly thereafter, Ron reached out, on behalf of the builder, to purchase the homesite back. It was the start of Real Estate and personal relationship that would last.

After selling their homesite back to the builder, Jigar and Kim decided to stay in their home in the Columbia-Tusculum neighborhood and welcomed their twins. A few years later, the opportunity to move into a family home on the West Side presented itself and they settled back closer to family. Rather than sell their existing property, they began renting it. It wasn't easy. The first few years, they worked with a local company to get the unit rented - a very transactional process. Eventually, they reached out to Ron and Anna to gauge their interest in helping with the rental process. Quite simply, they've been getting it rented for years and the Kadakias never looked back, only forward.

From the moment they closed on the sale of the homesite, a connection was formed. The Kadakias enjoyed working with the Bishers and they trusted them. It was only natural that as their family continued to grow, and time came to sell their family house and move somewhere bigger, that they reach out to Ron and Anna to get the process moving forward. Ron was able to help them find their next home and secure an accepted offer on the new home before it ever hit the market. Now it was time to sell their existing home. Anna visited the house to walk thru, make some recommendations for staging, and set up a time for photos. Before the house was even listed, Ron already had an interested buyer. The Kadakias were hesitant because they didn't really feel like the house was ready to list, but they were also under quite a bit of stress as their family had grown from four to six in just a few years and it would be hectic to do showings. Ron reassured them that showing the house as is would be fine. At first Jigar expressed his doubts, but they had an offer the following day. Their current home was sold before it was listed as well!

"That was my worst nightmare, buying and selling a house with 4 kids.

Then, Ron made it really easy by selling it without even having to do showings." - Jigar

When asked if they'd ever considered working with another team, both Kim and Jigar were firm in their response and strongly indicated they simply wouldn't work with someone else. The relationship has been successful, so why change it. The first house sold before it hit the market. Ron and Anna quickly rent out their property in Columbia-Tusculum every time it comes available. All in, both expressed a simple appreciation for how hard working Ron and Anna are.

“I would say they’re the hardest working people I know. They do not sleep. They work hard.

They play hard. They’re fun. They get the job done.” - Kim

While the Kadakias are enjoying their current home, like many families whose kids are soon-to-be off to college and the nest begins to get a bit smaller, they're thinking about what the future looks like. Do they stay where they're at? Is it time to downsize, yet stay in Cincinnati? Perhaps head to warmer weather and the beach. Only time will tell. When asked if they would work with Ron and Anna as they make their next possible move, they were confident that they were happy with the relationship they've built over time and would definitely connect with them for the next move, whatever that may be.

"At the end of the day they're really good and we really like them. It's a Win-Win." - Jigar

Ready to make a move?

We're ready to embark on this journey with you, and make it unforgettable.

Let's Connect
We use cookies to enhance your browsing experience and deliver our services. By continuing to visit this site, you agree to our use of cookies. More info